skip to main | skip to sidebar

This is my first post to the Swara Sonora blog, and I'm very excited to report on the status of the Spoon River Anthology Song Cycle Project. We've so far raised $315 of individual contributions towards the $1,000 goal that will establish our eligibility to apply for grants through the fiscal sponsorship of the artist service organization Fractured Atlas. We're well on the way, but we only have til October 1, so let's keep the momentum going! I'm really excited about writing this song cycle for Kathryn, Nathan and Aryo, and I know they are eagerly looking forward to it as well.

So, many of you out there may be wondering, what is Spoon River Anthology? It was a collection of poems, published in 1915 and all written by a poet named Edgar Lee Masters. It took the form of a series of poetic monologues, each spoken by a different resident of the mythical town of Spoon River, Illinois. The twist is that all the characters in this collection are deceased. So they are speaking to us from beyond the grave, as it were, and talking about their own lives, the events they witnessed and participated in, the joys and misfortunes that befell them, and the things they discovered about life, about themselves, and about their community. Although Spoon River was a fictional construct, the town and many of its characters were based closely on people the poet knew or knew of growing up in Lewistown and Petersburg, Illinois in the 1880s and 1890s. There is an actual river in that area of Illinois called the Spoon river, and many of the neighboring towns are mentioned in the poems.

The collection opens with a Prologue, where the poet wanders through the town's graveyard, asking:
The poems that follow run the gamut, by turns wistful, nostalgic, regretful, sardonic, spiritual, earthy, or comic. They detail just about every facet of human experience imaginable, speaking eloquently but without affectation about love, loss, hope, disappointment, sex, politics, religion, and the quest for self-fulfillment. Masters was equally critical of the narrow-mindedness of small-town culture and of the soullessness and corruption of the increasing industrialization and urbanization of America. There are poems where Masters ridiculed the hypocrisy and backwardness of American social and spiritual mores ('Mrs. Charles Bliss', 'Rev. Lemuel Wiley' 'Sarah Brown', 'Deacon Taylor'), raged against the evils of war and militarism ('Harry Wilmans', 'Knowlt Hoheimer') and revealed the devastation wrought by the avarice and unscrupulousness of the industrial/financial sector ('Mrs. George Reece', 'Eugene Carman' 'John M, Church'). Any of this sound familiar to some of the events of the past 5 and 10 years?

In the face of such evils, however, Masters created characters who managed to find peace, love and joy through it all, by opening mind and heart to the beauty of the world around them, to the freedom of the soul and the heart, to artistic and spiritual expression, to a primeval connection with the natural world, and a self-reliance and independence of spirit that Masters traced back to a Jeffersonian ideal of American character and to the example of pioneer ancestors. the ultimate philosophy and optimism of the Anthology is perhaps best expressed by 'Lucinda Matlock', which Masters based on his own grandmother, and the final line of which Thornton Wilder quoted in his seminal play 'Our Town' :

Also, stay tuned for more information about the project!!
Posted by Nathan at 8:34 AM No comments:

By my count, we had 99 comments on our blog while we were on tour! Wow! Thank you all so much for your support! Now, on to the winner:

The random number between 1 and 99 is: 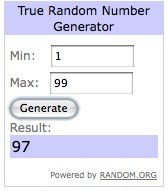 Congratulations to Joel! Your are the lucky winner of some authentic Indonesian Loot! Here is the lucky winning comment, posted on August 20th:

Business class from Hong Kong to LA? That is sweet.

But that's not all, we have a runner-up: 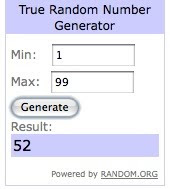 Congratulations to Tim! You are the runner-up with this comment posted on August 9th:

Aryo- a TV personality. Who would have guessed? Next stop the Today Show in NYC.

Stayed tuned to see what the prizes are, and the winners can look for their loot in the mail, or in Tim's case, personal delivery! Thank you all again for supporting us and following our blog!
Posted by Nathan at 4:14 AM 1 comment: 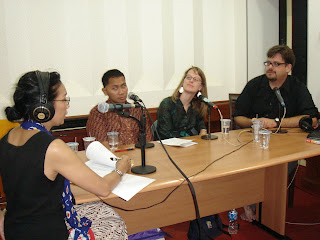 The initial Swara Sonora Trio Paradise-FM (RRI-Bali Station) interview with Ibu Helena Keith was re-broadcasted throughout the world on Voice of Indonesia (VOI) Radio Network on Tuesday, August 18th, 2009, at 6 PM. We are grateful to hear that!

In addition, Voice of America (VOA) in Washington DC will also re-broadcast this same one-hour interview again in the next few weeks. The staff in DC is still waiting the interview CD from Kathryn back in Tucson.

Keep reading the blog, and giving comments.... More to come later, including UNICEF East Java Field Visit this coming week.....
Posted by Aryo Wicaksono at 1:20 AM No comments: 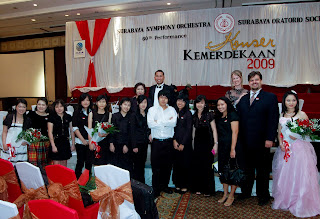 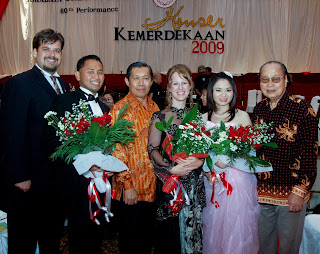 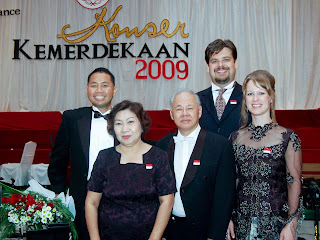 Here's some more pictures from our last concert in Surabaya, Indonesia, with Surabaya Symphony Orchestra on August 18, 2009. Please enjoy!! And keep giving comments to the blog... Remember, the result of the blog winner will be posted tonight! Thank you all for the support and prayers!
Visit our 100 Friends page to see our final days for UNICEF Indonesia Fund-Raising!!

This is just a note to let you all know that Kathryn and I made it home safely yesterday morning. Cathay Pacific provided us with a hotel room in LA, and we were on the first flight to Tucson in the morning.

This evening (Arizona time), I will use a random number generator to select a winner for our blog contest. I'll give you all the rest of the day to post your last comments! 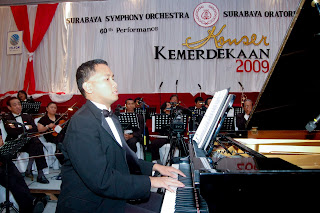 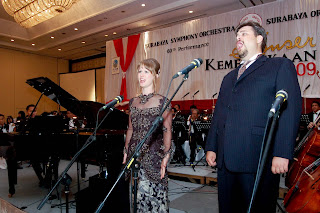 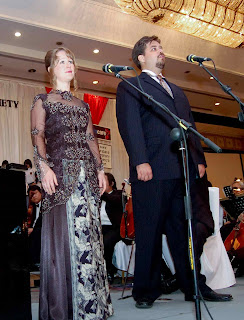 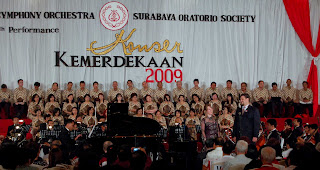 Greetings from Hong Kong! Due to a small delay (which included a catering malfunction), Kathryn and I are relaxing in the business class lounge. We will also enjoy the upgrade to LA.

Don't forget that every comment enters you into our blog contest! You have until Saturday! 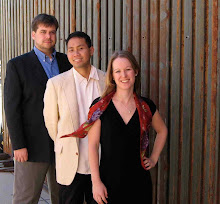 The Swara Sonora Trio, based in Tucson, Arizona presents unusual concert programs which combine newly commissioned works and a variety of known treasures of the repertoire. The trio engages audiences by uniting different artistic disciplines and exploring multi-cultural themes. The Swara Sonora Trio's international perspective was inspired by the commission of a new work, "Love & Variations" by prominent Indonesian composer Ananda Sukarlan. Aryo Wicaksono, piano, Kathryn Mueller, soprano, and Nathan Krueger, baritone have been teaching and performing together for four years. 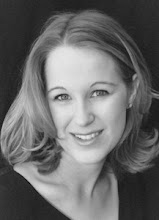 Which song of "Love and Variations" was your favorite?